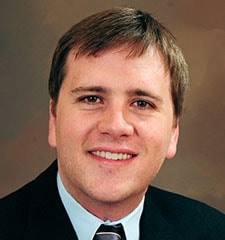 Board Certification
American Board of Radiology

Dr. Benjamin Muir joined Desert Radiology in 2010. Dr. Muir is the co-author of "Wegener's granulomatosis complicated by central diabetes insipidus in a pediatric patient," which was published in the American Journal of Roentgenol in 2004.