Joshua A. Rosenberg, DO 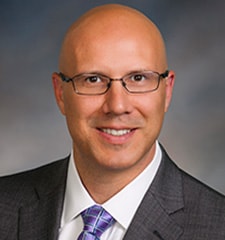 Throughout his residency at Michigan State University/Henry Ford Macomb Hospital, Dr. Rosenberg conducted several lectures and presentations on a range of topics, including Radiation Dose in Mammography, Pulmonary Tuberculosis, Ultrasound of the Rotator Cuff, and Masses of the Anterior Mediastinum. Following the completion of his fellowship, Dr. Rosenberg was on staff at University of Pittsburgh Hamot Medical Center. In 2011, he was promoted to Division Chief.